i really regret that i'm not posting more but here is a great album which i hope makes up for that and which also may be a summer changer for some. it was for me ... came across it late one night in my room and was daydreaming about being in the mall all alone after hours, or the arcade (some of the sounds on the album come from old car racing arcade games which were probably set in 1980s miami), thinking about "pretty girls i used to know".. yes, there is a melancholy vibe to this album, which is probably why i like it so much, more than i might if it was composed of the great late-nite and retro grooves that it is, but without the emotional filling. hope you enjoy - i actually bought this one just to put on here, so you'd better!
18 carat affair - pure gold (2012)
many of the best aren't on youtube, but here's an idea
Labels: album download, driving music, late night, lush

Bruno Nicolai - The Case of the Bloody Iris

what a song title

Brian Eno - Spider And I

warm and gooey presents..."Leather and Lace" 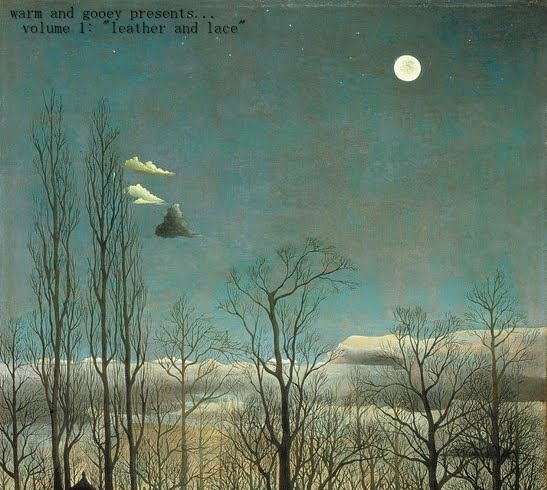 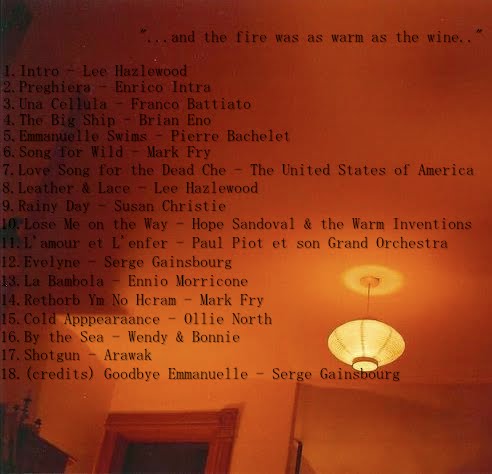 so here it is...the first of hopefully many w&g compilations. if you want a physical copy (cd format), comment or send me an email with your mailing address and i'll send you one. happy august and i hope you enjoy the ride!