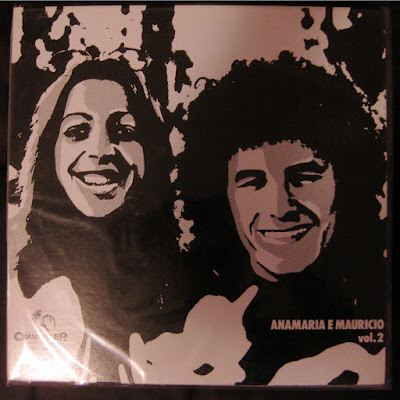 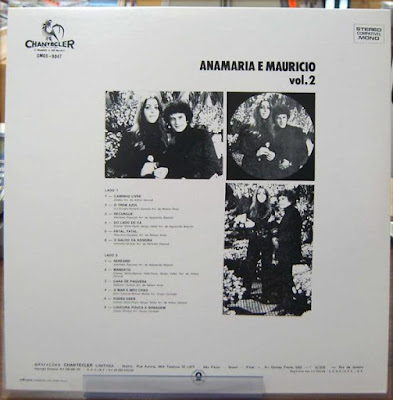 Anamaria and Mauricio were a couple of young vocal performers who had some gigs around Sao Paolo in the late 60s. One day in 1969 a record producer sees them in a club and signs them to record an album. That's 1970's No no no...Estamos Na Nossa (translated by google as "no no no...we are on our"), which is very pleasant with some nice Marcos Valle compositions but doesn't do much to distinguish itself from other pop of the era.

Two years later they release Vol. 2, featuring arrangements from Arthur Verocai and Hermeto Pascoal, a Lô Borges cover ("O Trem Azul"), and, on the whole, a more mature and experimental sound. It's hard to know what to attribute the jump from Estamos Na Nossa to Vol. 2 to -- probably their new and more out-there collaborators, a fantastic backing band in the Jongo Trio, and the fact that it wasn't the 60s any more all played a role. Whatever the formula, the result is one of the loveliest,  most undeservedly obscure Brazilian albums of this era, and a reminder of why the best Brazilian music just can't be beat.


Witness the sweetness of "Podes Crer;" the slow build of "O Galho da Roseira;" and the anthem, the song of the summer "Mandato"... there isn't a filler track to be found (though the last minute of "Loucura Pouca E Bobagem" is fairly excruciating, and I could do without the Psycho strings at the end of "O Galho").

Unfortunately Anamaria and Mauricio never made another album (one of them seems to have died in a car crash, it's not clear which) and we are left with these precious few songs to listen to over and over. They're almost, almost enough.